For the past two years, we have introduced several new styles within the men’s segment on the basis of demand from our primarily (87%) Male customers. At the same time, we have increasingly sold women’s underwear and are experiencing great demand from female customers.

For all the women out there, we are continuing our popular Seamless Performance Superlight String, and are now launching 2 new series, both available as String, Hipster and Top;

With the goal of securing our women’s products (and also partly inspired by “The Bro” https://en.wikipedia.org/wiki/The_Doorman ), we have now applied for and gotten approved, the trademark comfyboobs® in the US, in the category of men’s underwear. This is not “vulgar”, as the term “boobs” is defined as vulgar only for women’s breasts. However, informal customer surveys suggest that Comfyboobs® may be a little too childish, and it also does not fit with our new String and Hipster ranges. Hence the Comfy range was born – super comfortable underwear for women. 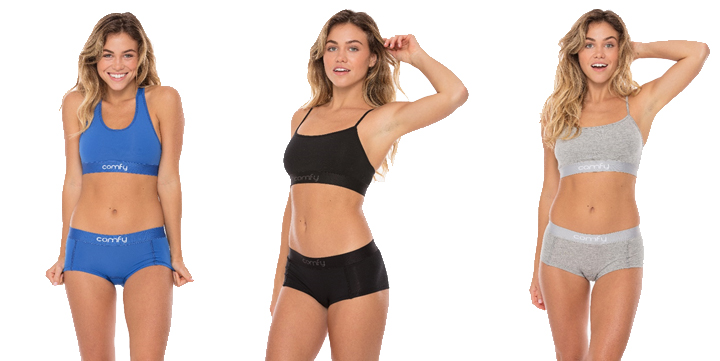